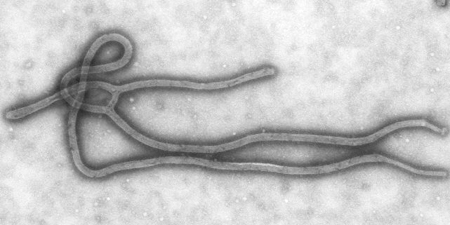 Hope for Those Most Vulnerable to Malaria

What a Difference a Cell Makes

** Editor’s Note: The staff of Scienceline is taking a short break to work on future stories. This article originally appeared July 7, 2008.**

Ebola outbreaks are occurring with increasing frequency despite the fact that the disease has withered away in the Western collective conscience. Even with the rise in outbreaks, this deadly hemorrhagic virus is not a leading cause of death anywhere in the world. Since it was identified in 1976, Ebola has killed approximately 1,300 people, about half of the number of people who die from malaria every day.

“Not a lot of people are dying in Africa, but it’s becoming endemic,” says Kelly Warfield, a former Ebola researcher at the U.S. Army Medical Research Institute for Infectious Diseases in Fort Detrick, Maryland.

When Ebola strikes it is often deadly, killing up to 90 percent of those infected. It also decimates ape populations, many of which already teeter on the brink of extinction. Although it has fallen off the front pages, Ebola still receives steady government funding to find a viable vaccine. Multiple Ebola vaccines are making quick and steady progress because of Ebola’s potential as a bioterror agent.

Ebola starts like so many other diseases, with flu-like symptoms of fever, sore throat and muscle pain after an incubation period of about one week. What happens afterwards is nothing like influenza. As the virus reacts with platelets in the blood, it slices holes everywhere in the capillaries. In the worst cases, patients vomit black blood and their eyes turn red. Diarrhea is endless as blood pours from every orifice, including mouth, anus, nipples and nose. Inside, the body is being ripped to shreds. Autopsies show that the virus acts as a blender, cutting up internal organs and blood vessels into a liquid stew.

This is exactly what doctors saw during the first outbreak in 1976 in the north of the Democratic Republic of Congo, then known as Zaire. A schoolteacher named Mamalo Lokela, died within two weeks of arriving at the hospital in Yambuku. More patients showed up at the hospital’s doorstep. They had the same symptoms but did not know Lokela. The transmission was later thought to be from a contaminated needle used with Lokela. Doctors started getting sick too. The outbreak infected 318 people, 280 died. That same year, Sudan also saw an outbreak of Ebola that killed 151 of nearly 300 people who contracted the virus.

These two strains, Ebola-Zaire and Ebola-Sudan respectively, are the most lethal and most common strains of the virus. For that reason, they are the focus of current vaccine efforts. Since 2000, there has been an Ebola outbreak every year. In late 2007, Ebola was diagnosed in nearly 100 people in Uganda, killing 25 percent. Ebola is unlikely to cause an epidemic because it is too effective a killer. For a virus to really be successful, its host has to stay alive long enough to find a new host.

In apes, Ebola is proving to be much more efficient. In the Democratic Republic of Congo alone, The Wildlife Conservation Society estimates 80 percent of lowland gorillas could die from Ebola in the next 10 years.

Currently, there is a wide discussion about the best way to design vaccine trials for the endangered ape and gorilla populations in the wild. Warfield says they will probably be modeled after current human trials for Ebola vaccines, which involves immunizing volunteers with a subunit vaccine that uses only part of the virus and cannot cause infection.

Eventually, the current human volunteers will need to be tested for immunity. Just as it would be unethical to inject people with a weakened Ebola virus, it would be unthinkable to knowingly give anyone the real virus to see if a vaccine is effective.

Instead, the U.S. Food and Drug Administration has created an exception known as the animal rule for just this situation. The FDA will approve vaccines for highly virulent agents such as Ebola and anthrax if the same immunity can be shown in two different animal species. And if the current National Institutes of Health trial were successful, it would be the first vaccine to invoke the animal rule for approval.

These viruses would not receive this much sustained attention if they were not seen as highly dangerous, potential bioterror agents, says Lisa Hensley, a civilian microbiologist at the U.S. Army Medical Research Institute for Infectious Diseases. “You would not see the incredible interest. And we’d not be as far along,” she admits.

Research is also finding answers about where Ebola lurks in the environment. When Richard Preston wrote The Hot Zone, no one knew which organism was carrying the virus in the wild.

Scientists in Gabon collected samples during an ape outbreak of Ebola in 2001 and 2003. Their results, which were published in Nature in December 2005, found that three species of fruit bats carried the virus, suggesting that the bats are the natural reservoir. In August 2007, researchers also found Marburg, a virus closely related to Ebola, in fruit bats across Gabon.

Although Ebola may never be the public health threat it was once touted as, the steady interest in the disease may help prevent the next epidemic. “Our field has advanced so much that we’ve learned a lot of lessons,” Warfield says. “We can take them forward and look at the next generation of emerging pathogens like Lassa and pathogenic influenza.”