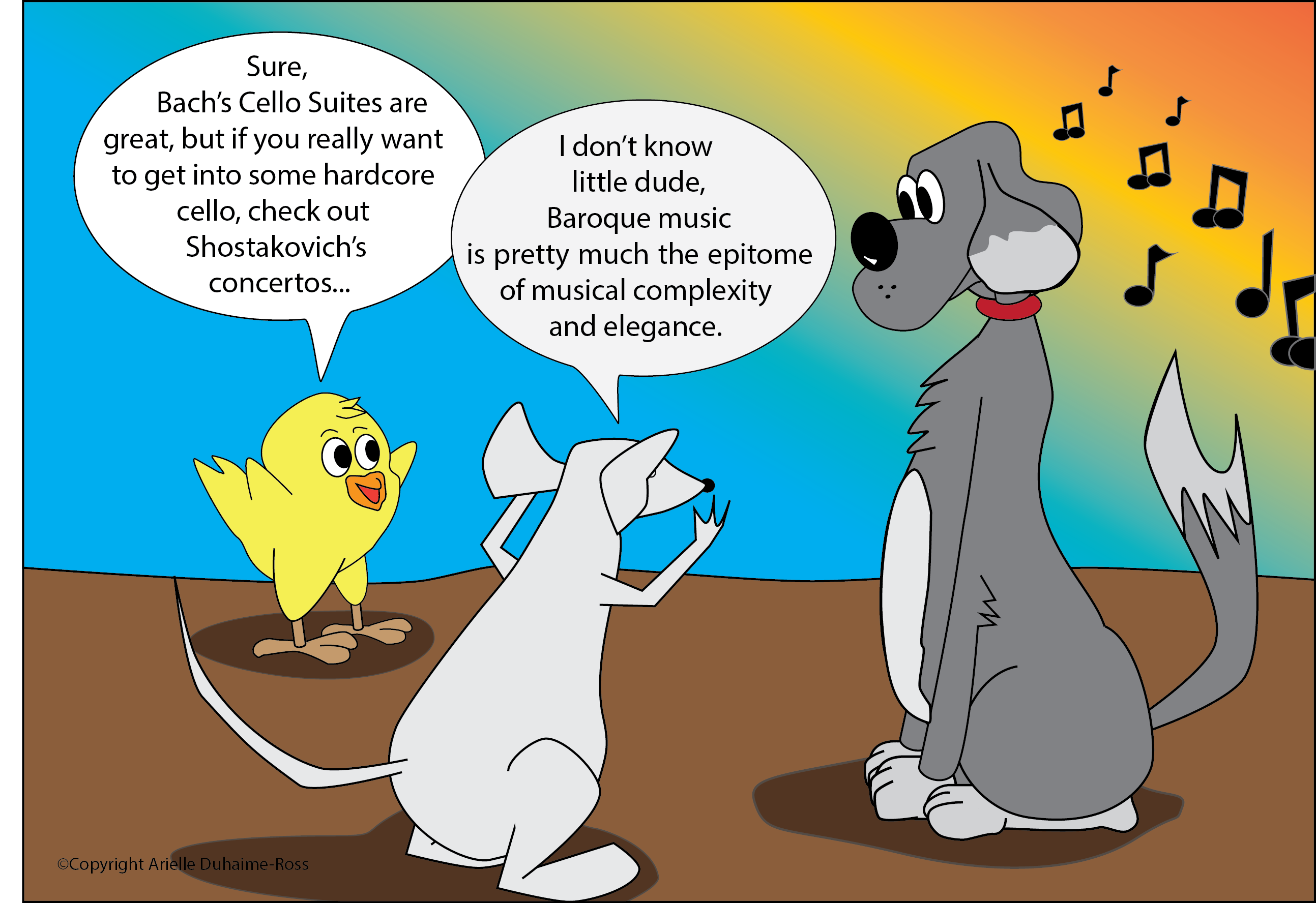 Some researchers believe that music is a universal language that humans all share. Music is powerful stuff that can soothe, agitate, and even improve your gaming skills. But we aren’t the only animals that can carry a tune or keep time, so it’s only natural that researchers have been looking beyond our species to search for the perfect jam. And it seems that, in most cases, that jam is a calm one.

In a study, published in the Journal of Veterinary Behavior, researchers from Colorado State looked at the musical preferences of dogs housed in animal shelters and kennels. By exposing the dogs to 45 minutes of music three times a week over the course of four months, the researchers were able to assess what kind of music – classical or heavy metal – was the most beneficial.

They found that heavy metal classics by Judas Priest, Motorhead and Slayer increased signs of anxiety, like barking and shaking, in both rescued dogs and kennelled dogs. But pieces by Beethoven, Bach and Strauss increased the dogs’ tendency to sleep, and significantly decreased barking behaviour compared to the control, silence.

“The whole idea behind this was for people to think about, especially in stressful situations like shelters, what we can do to minimize that stress,” says Lori Kogan, animal psychologist and lead author of the paper.

The researchers also tested the effect of music that is specifically marketed as being able to reduce dog anxiety. Kogan’s team found that the supposedly dog-friendly music was ineffective in calming down the animals, despite the fact that the composition was a very simple classical piano piece.

The researchers don’t understand why the canine piano music was ineffective, but Kogan says that she has alerted the manufacturers about her results.  “I can’t speak for them, but I would imagine that they were disappointed,” she says.

Regardless, the take-home message of this study, says Kogan, is that changing your music selection is an inexpensive and effective way of improving the quality of life of dogs in shelters.

And yet, still another batch of science shows that music doesn’t always trump silence. For instance, in a 2011 study, a group of Indian scientists found that sitar music impaired the memory of young chicks. Indeed, the sitar-stimulated chicks in this study, published in Developmental Neuroscience, took significantly longer to traverse a maze they had previously been exposed to than chicks that had been exposed to silence.

In another 2011 study, published in Behavioural Neuroscience, researchers from Albany Medical School determined that rats prefer silence to music. The scientists figured this out by placing the rats in cages consisting of two compartments, separated by a guillotine door, and equipped with motion detectors. When a rat entered the music-playing compartment, music would start playing at a random point in the composition. When the rats entered the silent compartment, nothing happened. When given the choice, rats spent more time in the silent compartment  than in the music-playing compartment.

But when placed in cage consisting of two musical compartments, essentially being forced to choose, the rats preferred Beethoven’s “Fur Elise” to the jazz piece “Four” by Miles Davis. Classical music might be the most soothing of genres studied so far, but still, all classical music isn’t created equal.

In 2005, researchers at the MIND institute published a study in Neurological Research that looked at mice’s ability to negotiate a maze after having been exposed to either Mozart’s Sonata K.448 or Beethoven’s Fur Elise for ten hours a day over ten weeks. The study aimed at investigating whether or not the mice were susceptible to the Mozart Effect, a controversial theory that proposes that exposure to Mozart’s music enhances short-term reasoning.

Trashing your collection of screamo to please your pooch, however, might not be necessary. Perhaps watering down musical preferences to the species-level in animals is as ridiculous as trying to explain dubstep to your grandparents. It’s entirely possible that your pet loves obscure death metal just as much as you do. But just to be on the safe side, you might want to turn it down a smidge.