The author suggests that empowering women could feed the future 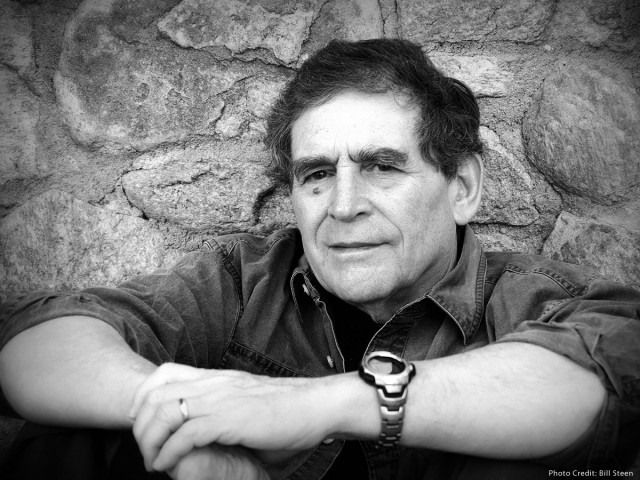 Best-selling author Alan Weisman doesn’t sleep much. Perhaps it’s because he’s an authority on a seemingly intractable problem: Human beings, he says, are outgrowing and out-eating our planet

“In the next 50 years, we will need to produce as much food as has been consumed in our entire human history,” Weisman told a crowd at the New York Academy of Sciences in a September 25 lecture.

As the author of the wildly popular “The World Without Us” and the just released “Countdown,” Weisman addresses in both books what he describes as a looming global crisis created by ever-increasing human demand on a finite planet.

But our situation is not without hope, he argues. Educating families and providing them with birth control is already proving effective in places like Iran, where all forms of contraception are made free and available through government clinics, even in the country’s most remote areas. The only thing obligatory in Iran is premarital counseling. And Weisman showed that counseling and free contraceptives are working wonders. Instead of seven, most Iranians now choose to have either one or two children.

“Education is the only way out,” he said. “I see hope everywhere I go.”

Weisman traveled to 21 countries to write “Countdown.” To gain an objective perspective, he interviewed from all walks of life—educators, OB/GYNs, farmers, religious leaders, ecologists and families. “Any place where I ran into women who are empowered, things improve,” he said. “Everybody lives better, males and females. Women who are educated are going to have fewer children.”

At current birth rates, the Earth’s population will jump from 7.1 billion to 11 billion by this century’s end, according to Weisman. If contraception were made available to women worldwide, he says, this number would drop to 6 billion.

Because we have already devoted 40 percent of non-frozen, terrestrial earth to feeding ourselves, a crash is inevitable if population growth continues unabated—just as every other biological population has crashed when it exceeded the carrying capacity of its environment.

The only way to break this cycle of depleting our resources, he said, is to show people in the developing world why having smaller families can improve their lives. Imposing first-world solutions won’t work, he said. Instead, people need to feel ownership over their lives and be equipped to make educated decisions.

“Manufacturing high yield wheat and rice is the easy part, but getting local people to try it is what’s hard,” said audience member, Bill Ryerson from the non-profit Population Media Center. His point being that new practices will catch on if a handful of educated locals model them first as examples. Ryerson called this “persuasive role modeling.”

Weisman responded by praising Population Media’s educational soap operas, which come in 47 languages and depict local scenarios of couples making positive family planning choices. A year after Spanish soap operas were shown in Mexico, more than 560,000 women enrolled in family planning clinics, an increase of 33% from the previous year.

“Educating women is the single most effective way to lower population numbers,” Weisman stressed. When women are able to attend school and discover what they are truly interested in, they seek to achieve goals that are more than child bearing.

While the crowd was appreciative, Weisman’s unsettling message seemed to have registered. Upon exiting, one young woman whispered to her friend, “Depressing.” Her friend’s eyes widened in agreement.

But Weisman emphasized that what keeps him going is the knowledge that tangible solutions are out there. His first book, “The World Without Us,” published in 2007, envisioned how the planet would change if humans suddenly went extinct. “Countdown,” carrying the subtitle, “Our Last, Best Hope for a Future Earth?” is Weisman’s attempt to identify paths to dodge that dire fate. “I wrote this second book,” he explained, “because I want to see a world with us.”

Weisman has a very compelling message. Ms. Cudmore did a fine job bringing it to us. Thank you!