A closer look at exaggerated reports of the man-eating microbe that terrorized Florida. 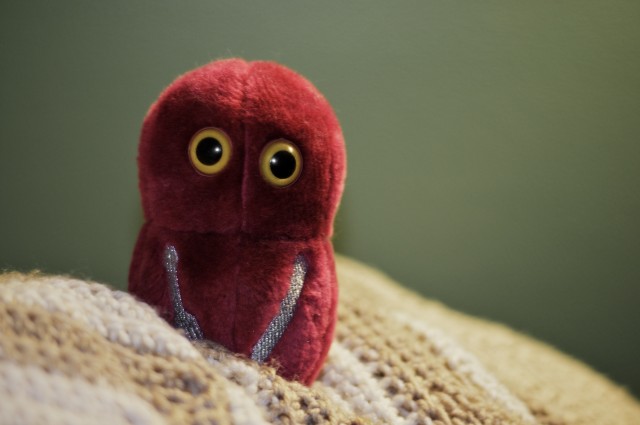 Getting the Jump on an Ancient Killer

Killing TB While it Sleeps

Florida is worried that rare bacteria in the water might eat us alive. A public service announcement issued by the Florida Department of Health warned residents not to eat raw oysters and reminded them that horrible, necrotic death can happen to anyone.

The bacterium is Vibrio vulnificus, a sleek, rod-like microbe that occasionally slips into open wounds to kill you from the inside. The most recent victim was 59-year-old Henry Konietzky, who caught the bug while laying crab nets near his Daytona Beach home. Despite aggressive antibiotic therapy, he succumbed to kidney failure only 28 hours after infection. Afterward, the Florida Department of Health duly reminded citizens to keep open cuts away from coastal waters and to cook any contaminants out of their seafood.

News of the latest scourge sent me to the website of the U.S. Centers for Disease Control and Prevention, which proved useless because the federal government shutdown means that tracking superbugs will have to wait. I wanted to know how many cases of Vibrio vulnificus had warranted an official public health announcement from the Florida state government.

For lack of any government agency to crunch the numbers, I decided to do my own epidemiology.

There are about 19 million people living in Florida. While 26 Florida residents reported Vibrio infections this year, only nine have been killed by the flesh-eating bug. An online calculator assured me that Florida residents, then, have a whopping 0.00005% chance of becoming dinner for a hungry Vibrio. And, with odds at about 1 in 2 million, I began to wonder why several news agencies chose to harp on flesh eating bacteria and not, for example, death by falling out of bed.

But for a score of frightened Floridians, a sleeping federal government and a few alarmist blog posts are relatively minor concerns. WESH, an NBC affiliate in Orlando, broadcast the rumor last week that flesh-eating bacteria were on the rise in Florida. Citing the 35 cases of Vibrio reported in 2012, WESH claimed that this year’s 26 cases represented, “obviously a big increase in Vibrio infections.”

It’s already October, so there are only three months left in 2013. Returning to my trusty online calculator, I found that the 35 cases of Vibrio last year represent almost three cases per month. And if three Vibrio infections surface in each of the three remaining months of 2013, the total number of cases this year would top out at a whopping 35 –the exact same number as last year.

I advise Floridians to be more afraid of their local news station than any flesh-eating bacteria. And always remember to cook your oysters.

very interesting!- surprising how a little simple “number crunching” can change the perspective of a result.

These cases are good for at least 3-4 teases before actually reporting the story. If the producer thinks they can keep the viewer from changing the station with a certain story then they will milk it for all it is worth. A story about a local man dying from a flesh eating bacteria would keep most people engaged over hard news. If they didn’t hype it and instead put the danger in its proper context then the viewer would feel cheated and not fall victim to this style of reporting in the future. Unfortunately, some in the media never question if their stories add real value to their viewers. All that matters in the end is the number and duration of their viewers and how that affects profits.