It might be time to set your teenager’s sleep schedule

Irregular sleep could be a factor in adolescent obesity 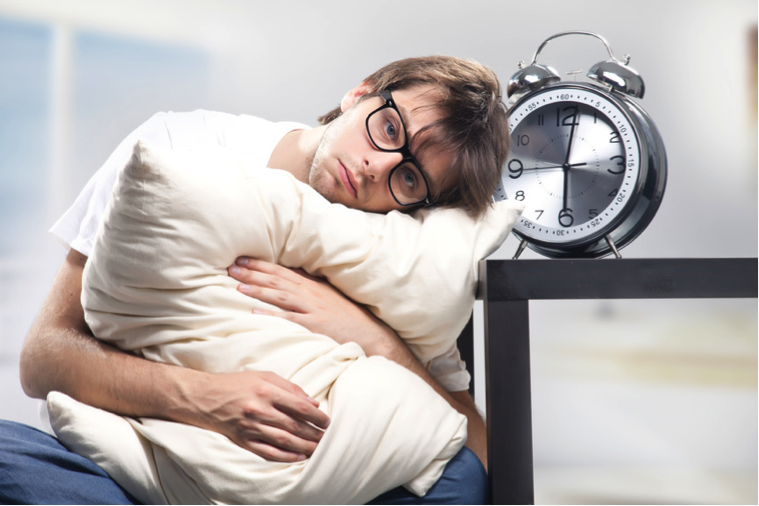 Most parents of teenagers are familiar with the daily battle over bedtime. They dread any sleep deprivation that might increase their teenager’s moodiness. But a new study shows that contrary to previous beliefs, maintaining a regular sleep cycle may be more important than how much sleep teenagers actually get to some aspects of their health. Adolescents with erratic sleep cycles may be more vulnerable to obesity.

“Obesity is an epidemic in industrialized countries such as the U.S.,” said Fan He, a researcher at Pennsylvania State University College of Medicine in Hershey and the study’s lead author. Nearly one in five children and adolescents in the United States aged three to 19 are obese. And children with obesity are more likely to be obese in adulthood, he said. “Preventing childhood or adolescent obesity may reduce the risk of obesity in adulthood and consequently reduce the risk of cardiovascular disease.”

Based on previous research, He and his colleagues suspected that lack of sleep may affect weight gain. His team decided to look at how long teenagers slept each night and how erratic their sleep was. They collected sleep data from 300 teenagers from across Pennsylvania and correlated it with the number of calories the adolescents consumed daily. The researchers also measured any changes in body fat by measuring the participants’ body mass index (BMI) and conducting a body composition scan known as dual-energy X-ray absorptiometry, or DXA.

They found that teenagers who slept less one night and tried to catch up on their sleep on another night, such as on the weekend, tended to have more abdominal fat — almost seven square centimeters more on the DXA scan. Surprisingly, this happened even when teenagers seemed to be sleeping adequately, meaning they got an average of seven hours of sleep daily. Teenagers also ate approximately 200 more calories — roughly equivalent to an extra can of soda or small snack — during the day if the variability in their sleep throughout the week increased by just one hour, for example by sleeping in an extra hour on a lazy Saturday morning, the researchers reported in the journal “Sleep Medicine.”

Previous studies had largely focused on the link between sleep duration and obesity. However, most relied on self-reported or parent-reported measures of sleep, which are often inaccurate.

He and his colleagues used objective measures of sleep instead, collecting data over seven consecutive nights using an actigraph, a device worn on the wrist that measures activity levels much like a FitBit fitness tracker. This sleep data turned out to be correlated with the amount of fat or adipose tissue, as measured by the participants’ BMI and DXA scans.

Sleep variation “is an under-examined aspect of sleep,” said Diane Lauderdale, an epidemiologist at the University of Chicago who studies sleep in older adults. Lauderdale praised the use of actigraphy and sophisticated measures of body fat in the study.

But not everyone is convinced that irregular sleep affects weight. What if the reverse was true, and higher levels of body fat actually caused the increased variability in teenagers’ sleep patterns? Dr. Andrew Vargas, a neuroscientist and sleep physician at Sleep Medicine Associates in New York City, says that could be a possible explanation for the study’s results. Alternatively, some other underlying factor, such as stress, household composition, or parents’ total income, could be affecting both sleep variability and obesity, Vargas said. “It’s tough to tell which factor is influencing the other one.”

He, however, said there is strong reason to believe sleep patterns are affecting body fat via excessive food intake. Erratic sleep can lead to fatigue, which has been shown to change levels of the hunger and satiety hormones, ghrelin and leptin, as well as increase stress hormones. And although the authors don’t know exactly what mechanisms are at play yet, their findings may point the way towards future research that will help slow the obesity epidemic.