Something primordial is shaping the future of biology 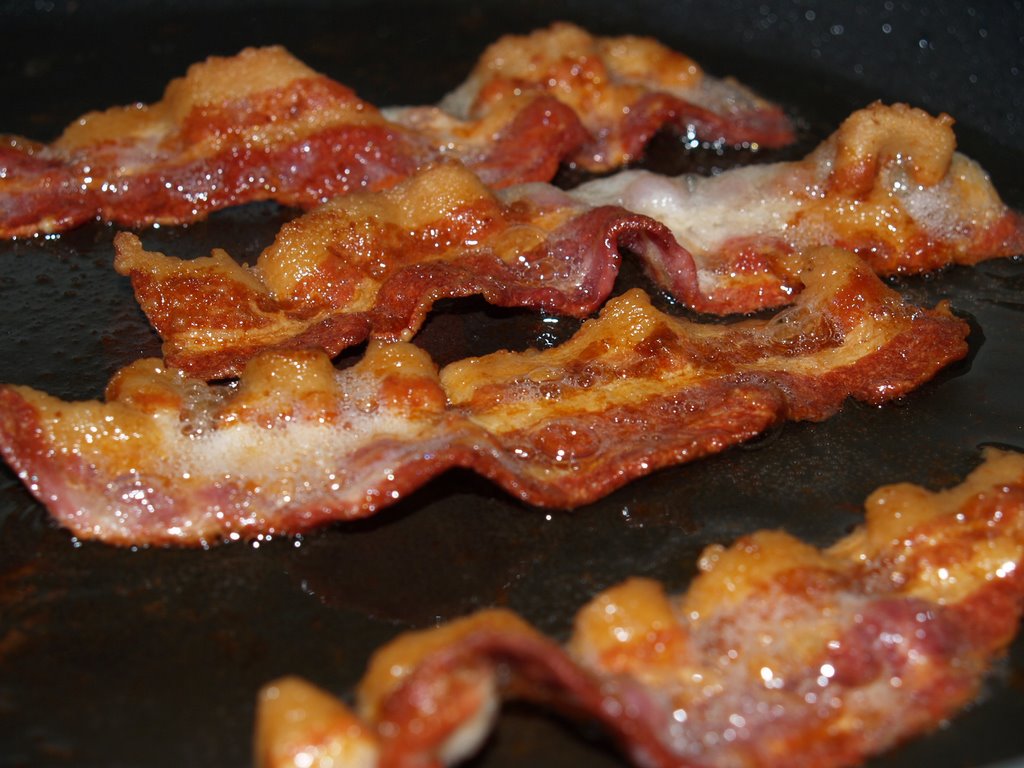 CRISPR has nothing to do with bacon. [Image credit: Flickr user cyclonebill, CC BY-SA 2.0]

CRISPR this. CRISPR that. It’s not just a buzzword. CRISPR is a new form of gene-editing that’s taking biology by storm. It may sound like a feature of the vegetable drawer in your refrigerator, but it’s so much more.

Let’s shelve that for a moment, and instead ask, “What is a CRISPR?” Here’s a few decades of research in a nutshell:

Geneticists observed that some simple forms of life, the bacteria and archaea, have some unusual patterns in their DNA. There are short sequences that repeat at regular intervals. In 2002, geneticists decided to start calling these sections Clustered Regularly Interspaced Short Palindromic Repeats, but we’ll stick with the much catchier CRISPR.

Subsequent research showed that genes adjacent to CRISPRs were responsible for a sort of bacterial immune response against viruses. Viruses insert their own genes into bacterial DNA, but CRISPR-associated enzymes check for viral DNA, snip-snipping where a virus might have attacked the bacterial code. These viral sequences are stored in the bacterial DNA in between CRISPR sequences.

As they learned more about the precise mechanisms of this immune response, biologists theorized they could program some of these enzymes with their own viral code, allowing them to precisely control where they cut a strand of DNA. That is, given a new strand of target genetic code, the enzymes will locate a match and make a cut.

And although CRISPRs don’t naturally occur in all life we might want to manipulate, like plants and animals, CRISPR-associated enzymes can edit any DNA. So there you have it: a pre-existing biological mechanism repurposed into the cutting edge of genetic engineering.

What do we call gene-editing processes that use CRISPR-associated enzymes? If you hear non-scientists talking about CRISPR it’s safe to assume they’re referring to the class of gene-editing technologies, and not the patterns in bacterial DNA.

Well, who were these scientists? Who “invented” CRISPR?

That’s a very complicated question. Answering it definitively would influence patent rights and untold billions of dollars in profits. It would probably determine the winner of a Nobel Prize, too. Suffice it to say, lots of people contributed to the science behind the CRISPR gene-editing techniques we have today.

And it’s not a fully polished process. New editing techniques, each using a different type of enzyme associated with CRISPR, are still being developed, like the recently announced CRISPR/Cpf1 system.

I thought we already had gene-editing technology. What makes CRISPR so special?

CRISPR has been generally praised for versatility, speed, low cost and ease of use, especially in comparison to its predecessors. CRISPR gene edits can be fine-tuned to remarkable precision. And given the proper instructions, CRISPR can target many genes at once.

For research that requires model genetic mice, for example, old techniques required waiting multiple generations to test the effects of gene manipulation. CRISPR editing can do it in a single generation. The time spent caring for model animals drops from around a year to about three months, which also decreases costs.

There are also applications to gene therapy that offer tantalizing, but ethically vexing possibilities. We could theoretically wipe any number of genetic diseases from the face of the Earth. But there are many battles to come over where we draw the thin line between saving or presumably improving lives and a new eugenics movement.

I skipped to the bottom. What do I need to know?

Sure. CRISPR is gene-editing at revolutionary scales and speeds.