The dark side of psychiatric care

Researchers and nurses talk about violence in psychiatric wards, and how it affects caregivers 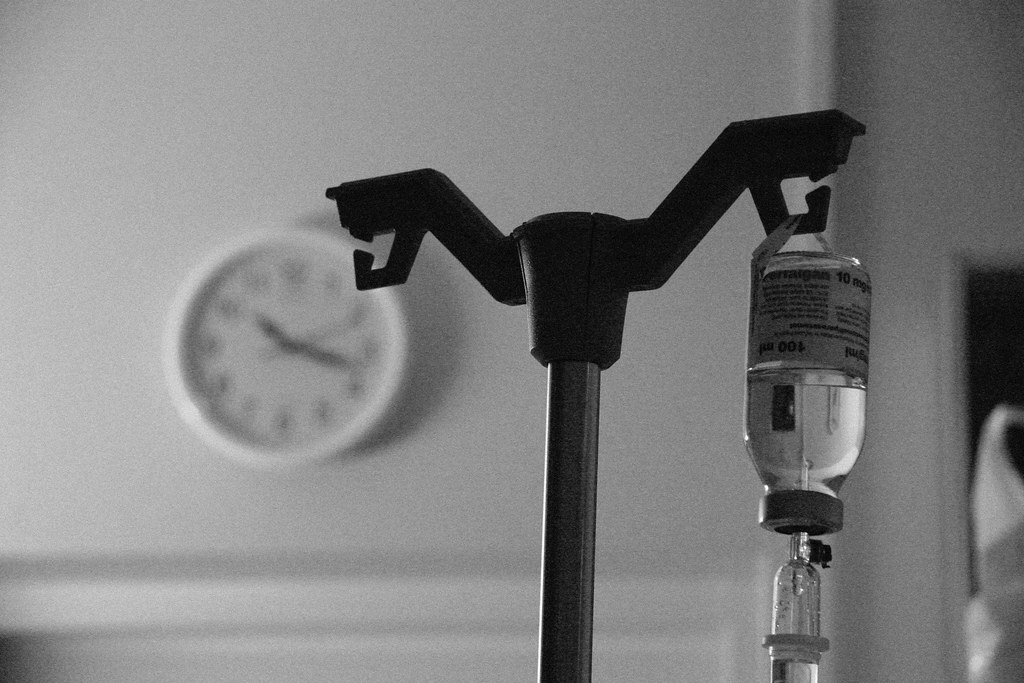 “It is a real problem in psychiatry, and it is a multifaceted problem,” says Moylan, a professor of nursing at Molloy College in Rockville Centre, Long Island.

For psychiatric nurses, violence and assault in the workplace can be a fact of life. Less than 1 in 5 patients admitted to psychiatric units commit acts of violence, but research suggests that anywhere between 24% and 80% of psychiatric nurses will be assaulted in their career.

It’s also increasingly apparent that this is a global problem. Studies suggest that psychiatric workers are at heightened risk of violence and trauma in countries as widespread as the United States, Botswana, Germany, Norway, Taiwan and the United Kingdom.

Beyond physical injuries, the environment can leave nurses suffering from the after effects.

A team led by Zoe Hilton, a psychiatric researcher at the Waypoint Research Institute and the University of Toronto, found that 16% of 761 Canadian psychiatric staff studied met the criteria for PTSD — as opposed to approximately 2.4% in the general Canadian population.

“[We] were disturbed by the prevalence of staff who met the cutoff score” for PTSD, says Hilton.

That elevated number comes from a study published earlier this month in the journal Psychiatric Services. Other research suggests a number of 9-10% — still much higher than the general Canadian population.

“It’s a very difficult subject,” says Moylan. “Until recently, it hasn’t received a lot of attention.”

Moylan also stresses that the nature of mental illness complicates any attempts to reduce the problem to a simplistic patient-versus-nurse binary: “Those of us who work in psychiatry understand that some of the patients who commit violence are really not responsible for their actions.”

Of course, violence can occur to anyone working in a health or psychiatric environment. But according to Moylan, nurses are at particular risk because of the place they occupy in the healthcare system. She says that while psychiatrists and hospital administrators may be the people making decisions, it’s ultimately nurses who are responsible for carrying them out.

“Our techs [technicians] were trying to get [a patient] back to his room when he kicked me in the hand and broke my fingers,” says Belinda (her name has been changed for privacy reasons), a mental health nurse in Texas. “He also punched several techs in the face and upper body, kicked one tech in the face, and ripped out a chunk of hair from an RN.”

Another patient, Belinda says, was admitted against the staff and nurses’ wishes. Despite being kept in a large therapy room, she says, he “beat the hell out of our techs, sent several to the ER, broke through a wall, broke through locked doors…The whole room needed to be gutted because they couldn’t even take him to the bathroom without problems.”

“Working in psychiatry of old age I see violence fairly frequently,” says another mental health nurse who requested anonymity for privacy reasons, and who works in an old age psychiatry unit in Scotland. “I’ve had a scratched cornea, and broken glasses…I have hypermobility syndrome and there’s been many times that a patient has caused me to have finger dislocations by grabbing my hand and twisting. I’ve also seen a nurse dragged down the hall by her hair.”

She also stresses that violence can be verbal as well as physical. “I’ve frequently been sworn at, had sexual comments made, been threatened and had personal comments made.” She says threats can come not just from patients, but from patients’ families as well: “I’ve had [patients’] family members stalk me on social media and make comments.”

Oftentimes, according to both nurses, it is hospital management that exacerbates the problem, and nurses often feel neglected and ignored when situations go awry.

According to the second nurse, it often takes an actual assault for management to take nurses’ concerns seriously.

“The admins sit at their desk, make the rules how they see things,” says Belinda, “and never check in with the floor staff to see what reality is.” Often, she says, hospital revenue comes before the well-being of the nurses. According to her, administrators admit patients for the insurance money even when nurses don’t feel comfortable caring for them.

She also believes that administrators are reluctant to involve law enforcement in Texas, as she says many mental health patients in that state are brought by the police on mandatory stays — and that’s another hospital income stream that administrators don’t wish to jeopardize.

While the second nurse works in a National Health Service facility in the United Kingdom — certainly not a profit driven environment — she feels that management there are still concerned with finances, preventing proper measures from being taken. She also notices cultural factors that hinder the problem.

“In mental health specifically there’s often an attitude of ‘these things happen,’ or worse, subtle victim blaming,” she says. “General health nurses appear to be more supported in seeking recompense for assault, be that reporting or to the police, or having support in moving allocations. Whereas there is a definite culture of ‘you’re in mental health, it’s part of the job.’”

Belinda says that “as an RN we are constantly guilted into doing things or [threatened] with losing our license.” Psychiatric nurses “are also guilted into not filing charges,” she adds. “I’ve also gotten the occasional ‘you should have moved quicker’ or ‘you should have recognized they were going to hurt you.’”

Lois Moylan agrees, saying they are historical norms. “It wasn’t always encouraged that these things be reported,” she says, despite hospital regulations which often mandated reporting.

While all health workers are at risk of workplace violence, psychiatric workers may be especially at risk, and these cultural factors are part of the reason.

Hilton believes that, at least when it comes to measuring rates of PTSD, her research agrees. “Previous studies in other areas have reported a broad range of prevalence rates for PTSD,” she says, “[but] our findings seem to show psychiatric workers are at the higher end of that range.”

Moylan has been studying violence in psychiatric wards for decades. For her, it presents a confounding question: how can healthcare providers balance their role as compassionate caregivers when patients can put those caregivers at risk of physical harm?

“I don’t think it is a situation of one versus the other,” Hilton says. “Staff well-being is important for continuing to provide exceptional, compassionate care to clients served by the mental health system.”

But not everyone is comfortable seeing the situation with quite so much distance.

“Getting punched for not getting someone a PB&J immediately is not OK,” says Belinda.

“They were sane enough to be specific in their request but not sane enough when they punched you when it wasn’t fast enough?”

And something that the interviewed nurses agreed upon is that part of any solution relies on hospital management valuing nurses more than they do.

“Management also needs to understand if an RN thinks a patient needs a higher level of acute care in a hospital setting,” says Belinda, “They are not being lazy and don’t want to take a patient.”

“I think [management] needs to trust our clinical judgement more,” says the second nurse. “Medical staff only see patients briefly, so much of the background and presentation is handed over by us.”

Moylan says ensuring proper staffing levels is critical to providing quality care. “Staffing is huge,” she says, and “education is important.” She says that everyone who comes into regular contact with a psychiatric ward, from psychiatrists themselves to nurses to maintenance, should be trained in de-escalating violent patients.

The second nurse agrees. “There have been many times we’ve had to work short,” she says, or with staff who aren’t properly trained. “This obviously increases the risk, and we’re specifically told that we can’t list understaffing as a reason for assault.”

Aside from matters of personnel, there’s something else Belinda firmly believes will help mitigate the problem.

“We need to de-stigmatize mental health so people can get help sooner.”

There should be marines working with mental paients

I work at Waypoint. I would love an opportunity to talk to you about the situation.

That’s too bad, poor nurses. I was in the hospital in Canada and a mental health nurse (who later gave me the finger) asked me if I wanted cocaine, and he pulled me over to a room and took some drywall and put it out in a line. I wisely declined his offer, only to see him do the same to another patient and watch as the patient snorted the drywall. I think the nurses name was Geoff.

Must be really hard for them.