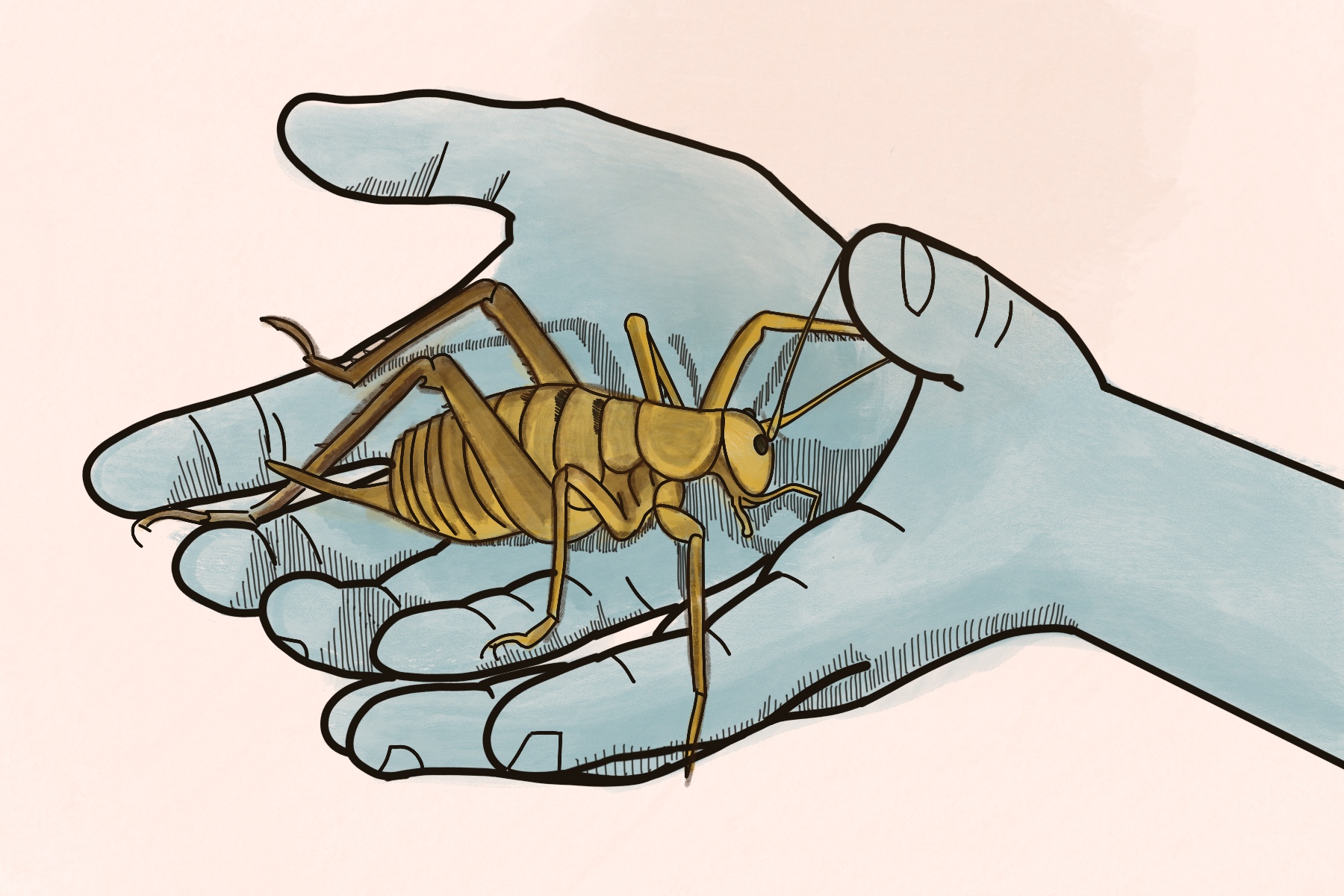 The weta's size ranges from a mouse to a gerbil, but they're gentle insects. [MK Manoylov | CC BY-NC-ND 2.0]

Um, what is that? I’m glad you asked.

That happens to be the giant wētā (pronounced weh-tah). It lives in New Zealand, and there are over 11 species of the giant weta. They tend to be more passive and less social than the non-giant weta (which is still pretty big by normal insect standards).

Giant wetas can grow as large as a gerbil. Though as one Science Magazine article mentions, the weta is more of a mouse in cricket clothing, as the weta provides ecosystem services much like a mouse and even leaves ball-like droppings.

I…why are they so big?

To answer that, we have to briefly step back 65 million years ago. That’s when we think the first mammals appeared after the dinosaurs went extinct.

New Zealand split away from other land masses an estimated 15 millions years ago and somehow missed having any mammal species, except for a species of bat. Insects then filled in the ecological niche that mice would have ordinarily taken.

Without any mammal predators, insects like the weta could grow bigger without fearing their size would give them away. They can live happy lives eating plant detritus — even helping to spread native plant seeds.

The weta’s large size hasn’t always been good, though. Human-introduced mammals like rats and rodents can easily find large wetas and kill them. That’s why the weta population has been in decline.

But those big legs, aren’t they good for jumping and fleeing predators? Remember — wetas evolved in the absence of predators. They didn’t adapt with things constantly trying to kill them, which is why wetas now aren’t that good at escaping threats.

That’s why giant wetas are slow and docile, making them good targets for rat food.

So giant wetas are going extinct?

They’re facing the threat of extinction. Though gone from New Zealand’s middle island, they’ve been saved on others.