How a Minnesota town cut back on salt

Chloride pollution, caused largely by de-icing salts and water softeners, is increasing across the country. A small town in Minnesota is fed up. 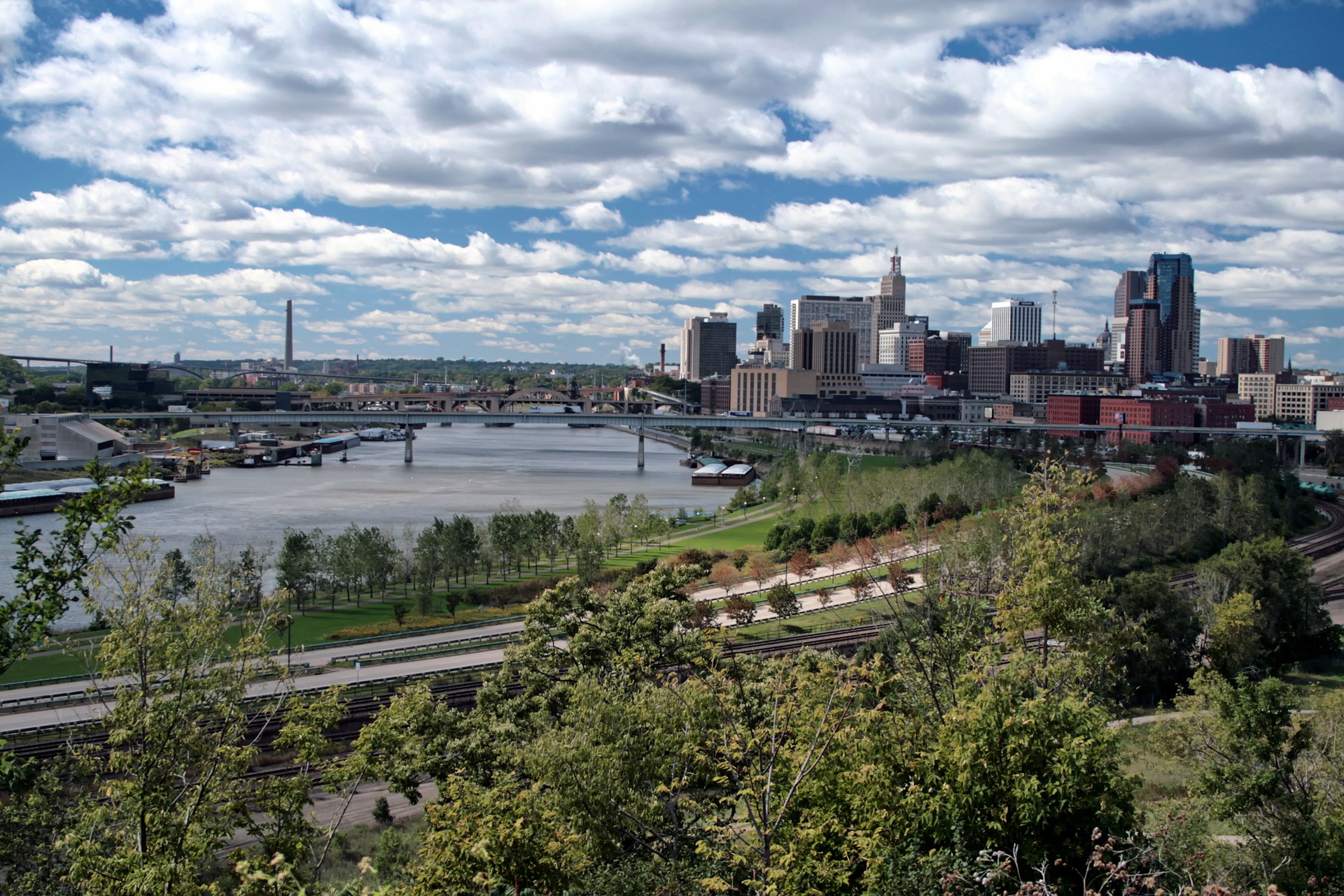 The Mississippi River, which runs through Minnesota, sweeps away chloride from road de-icing salts, a major water pollutant in the state. [Credit: 12019 | Pixabay License]

Morris, Minnesota is a quiet town of about 5,000 near the Dakota line, in the heart of farm country. If they’re not raising dairy cattle or fabricating industrial equipment at the local factory, residents tend to work at the local branch of the state university. Many spend the warm summer months fishing for walleye, crappie and bass in the lakes that dot the prairie landscape.

But this idyllic, mid-American landscape is under threat from an unlikely source. In recent years, salt — mostly from water treatment and road de-icing — has threatened the lakes surrounding Morris, and the fish that live in them.

Morris has some of the hardest water in the country; it’s brimming with dissolved minerals and has a noticeable, metallic taste. Just about everyone in town runs a water softener, which uses salt to pull out some of those minerals. The problem is, that salt eventually ends up in the freshwater lakes and streams surrounding the town.

“Most people don’t know, but when you run a water softener, salt goes in the sewer, and then it’s released into rivers,” says Blaine Hill, the Morris city manager. “You can imagine that releasing salt into a freshwater river is not a good idea.”

Salt dissolves easily in water and is difficult to remove. It’s polluting rivers, streams and lakes not just in Morris, but all over Minnesota and the northern United States.

More than 100 wastewater treatment plants in the state — serving about 10 percent of Minnesota’s population — are exceeding chloride discharge limits, largely because they get so much water that has been softened using salt-based water softeners, says Scott Kyser, author of a recently published study of the problem. Wastewater treatment plants in Minnesota are not designed to remove chloride from water, according to a report issued by the state’s Pollution Control Agency.

At high concentrations, salt wreaks biological havoc on freshwater ecosystems. A chloride concentration of 230 parts per million poses a risk to most aquatic species, according to the EPA. Three lakes to the northeast of Morris – called Winona, Henry and Agnes – have chloride concentrations over 450 ppm on average. While it’s less harmful to some creatures, like water fleas, that level of salt can seriously hurt or kill fish like rainbow trout and minnows.

Chloride pollution can also affect people, albeit in less profound ways. It can alter the taste of drinking water, raise blood pressure over time and damage heart health, according to a 2015 study. The city of Madison, Wisconsin recently closed a drinking well because of salt contamination, and chloride levels are rising even in rural wells, according to Steve Corsi, a water hydrologist with the United States Geological Survey.

Another major source of salt pollution is road de-icing. Minnesota uses over 400,000 tons of chloride (in the form of salt) to de-ice roads each year. That is nearly three times more than the amount of salt used in water softeners, according to a 2018 report from the University of Minnesota’s Water Resources Center.

And the problem isn’t limited to a few small towns. Chloride levels in streams across the Upper Midwest doubled between 1990 and 2011, according to a 2015 study by Corsi that sampled 19 streams in nine states and D.C.

Since chloride is so hard to remove from water, there’s only one practical solution for the problem: use less salt.

To wean people off their water softeners, Kyser is urging Minnesota to build centralized, reverse osmosis water treatment plants to provide softer water to residents. Those facilities use semi-permeable membranes to remove dissolved minerals without salt.

The likelihood of actually building these plants, though, varies by location. Kyser worked with a statistician, Baishali Bakshi, to predict how much reverse osmosis plants would cost to build, and found that the size of a city matters. For towns with less than 9,000 people, reverse osmosis is the cheapest option. But in bigger cities like St. Paul, lime softening is more affordable, mainly because reverse osmosis plants become more expensive to operate as a town’s population grows.

Reducing the other major source of salt — road de-icing — will require people to change their expectations, says Kris Stepenuck, an environmental scientist at the University of Vermont. Stepenuck points to Madison, Wisconsin as an example. As chloride levels have risen in nearby lakes, the city has stopped salting neighborhood streets, says Stepenuck: “They say to people, ‘Hey, it’s winter, expect that it’s going to be icy and you need to have traction on your shoes and wear winter boots, and we won’t be salting the side streets.’”

Other places – like Kingston, Rhode Island and parts of Cape Cod – are placing brine or molasses on sidewalks before it snows, says Elizabeth Herron, a natural resource expert at the University of Rhode Island’s Coastal Institute. Both substances are low in chloride and prevent ice from forming on the ground. Still, adoption has been limited because they are expensive and difficult to store long term, Herron says.

In Morris, the town is cutting both uses of salt. Hill, the city manager, is pushing for snowplows to drop less salt during the winter and is urging drivers to slow down. The town is also building a new water treatment plant after the hard water in town became a persistent problem.

At one point, recounts Hill, all the pipes in the local high school became clogged with mineral deposits, a product of the hard water. Water fountains stopped working. Toilets stopped flushing. Every pipe had to be replaced, costing taxpayers hundreds of thousands of dollars.

“They literally had to dig up the floors in the hallways in the school,” says Hill.

Residents who were initially opposed to building a wastewater treatment plant — either because of the expense or because they already had a water softener at home — came around to the idea.

Hill applied for a state grant and received $12 million to partially fund the $18 million plant, one of the first such grants in the state. “Now we’re building a brand-new water treatment plant at a cost of about $6 million to local taxpayers,” says Hill, who thinks that the facility will run for at least 50 years. The treatment plant reduces water hardness by nearly tenfold, and people in town won’t have to use their water softeners anymore.

With his local efforts nearing their end, Hill is pushing other small towns in the state to cut back on salt, too.

“I didn’t think twice about calling ya,” he said on the phone. “We want everybody to know what’s going on.”