Many plastics contain harmful chemicals, and a zap in the microwave can increase your exposure. The FDA says this exposure isn’t a concern, but some experts recommend caution 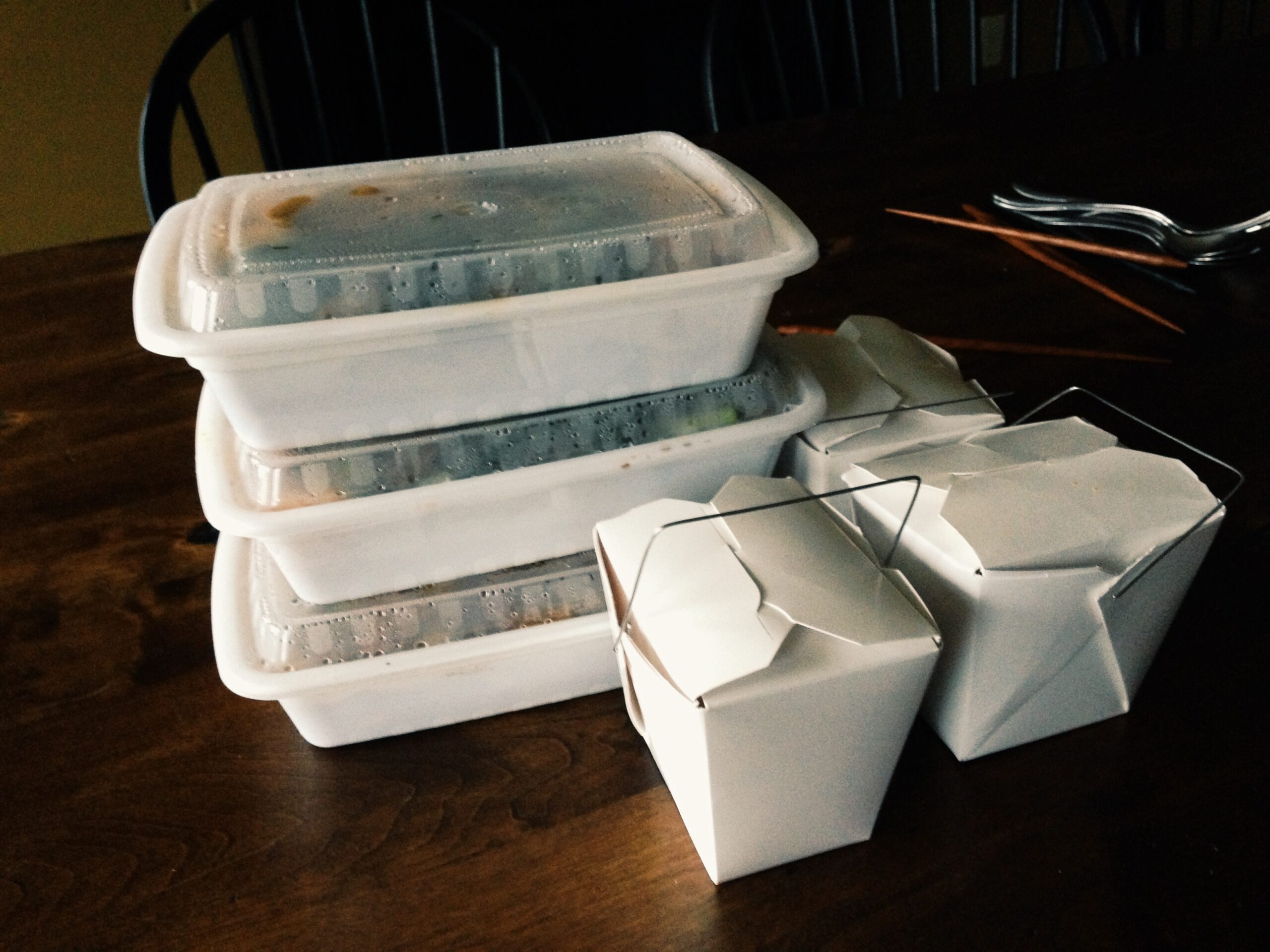 You’ll probably save your leftovers for later. But microwaving food in plastic containers might increase the likelihood that harmful chemicals or microplastics come into contact with your meal. Their impact on human health is not yet well understood. [Credit: Brad.K | CC BY 2.0]

Our plastic obsession is changing the Arctic

Splurging on a delivery meal earns you some relaxation outside the kitchen, a warm meal from a local restaurant and … a few sturdy plastic containers. They’re too convenient not to keep, and perhaps the thought of throwing away volumes of plastic day after day makes you cringe, so they go into the cupboard for reuse.

But are these plastic takeout containers safe? What about plastic Tupperware or plastic plates and bowls? Are these an easy reusable option, or a serious health risk? It’s an interesting question with an unclear answer, so let’s take a look.

Plastic containers — from food packaging to coffee cups — contain materials that can mess with human hormones like estrogens and testosterone. These are called endocrine-disrupting chemicals, and unfortunately they can end up in your food.

There are two main ways that can happen. First, over time plastic wears down and loses tiny parts of its structure — little “microplastics” that can then get mixed in with your meal. Second, endocrine-disrupting chemicals can leak (or, more formally, “leach“) from plastics and soak directly into your food. Microwaving plastic only makes matters worse; both the shedding of microplastics and the leaching of chemicals become more likely when plastic is heated.

Some of the key endocrine-disrupting chemicals in modern plastics are Bisphenol A, better known as BPA, and a class of chemicals known as phthalates. Both chemicals help to make plastics more durable and sturdy, but they can also interfere with the body’s hormonal communications. BPA in particular is known to mimic the functions of estrogen. As a result, consuming phthalates is associated with health disorders including high blood pressure and cardiovascular disease, while consuming BPA  is associated with kidney disorder.

Fortunately, the Food and Drug Administration emphasizes that most of the BPA humans consume passes through our bodies without being absorbed. They state that the current exposure most Americans encounter isn’t cause for concern. Children and infants are at a greater risk to develop harmful health effects, though, and the FDA banned the use of BPA in baby bottles in 2012 and baby formula packaging in 2013.

It’s unclear what level of exposure to plastics’ endocrine-disrupting chemicals can lead to negative health outcomes. Most studies investigating plastic chemical exposure have looked at the effects on fetuses and animals, says Dr. Kelly Johnson-Arbor, a toxicologist and medical director at the National Capital Poison Center. The effects of plastic chemical exposure on human adults are still not well-understood.

This is because it’s difficult to study how exposure to microplastics and plastic chemical leaching affects adult human health. The best studies would require a control group that hasn’t been exposed, Dr. Johnson-Arbor explains.

“In the U.S., we are all exposed to plastics,” she says, “You’d have to use a control group from … somewhere they don’t have any plastic. And that’s going to be hard.” Likewise, since plastics are a fairly recent phenomenon, having been popularized in the mid-20th century, it has proven difficult to study their long-term health effects.

As scientists work to understand how plastic exposure impacts health, Dr. Sheela Sathyanarayana, a professor of pediatrics at the University of Washington who studies exposure to endocrine-disrupting chemicals, recommends taking reasonable precautions to limit unnecessary exposure.

Heat is a key factor that increases the risk of exposure to harmful chemicals in plastic, she explains. “There have been several experiments that heating liquids or foods in plastics that contain these chemicals will certainly increase your exposure to them. And so that’s why we don’t recommend putting plastics in the microwave,” says Sathyanarayana.

And microwaves aren’t the only kitchen appliance to keep your plastic containers away from. “We don’t recommend putting them in the dishwasher because it makes them degrade,” she says.

“Even if a plastic container is labeled microwave safe, it simply means that it won’t melt,” explains Johnson-Arbor.

“Even if a plastic container is labeled microwave safe, it simply means that it won’t melt,” explains Johnson-Arbor. It can still contain chemicals like BPA, phthalates or other potentially harmful materials unless it specifically says those aren’t included.

Taking a look at the recycling number on your plastic can give a helpful hint (but not necessarily a definitive one). Plastic No. 3 likely contains DEHP, a phthalate, while plastic No. 7 may contain BPA. No. 6 contains styrene, a possible carcinogen.

Journalist Elana Spivack, a former Scienceline contributor who has covered the health impacts of plastic, acknowledges that some plastic is too convenient to cut, like her electric kettle. But she’s made some changes to reduce her exposure. “I use plastic takeout containers for storage [but] I’ve stopped microwaving them,” she says. Instead, she removes food from the container and puts it on a ceramic plate before heating.

“There’s no getting to zero exposure in an industrialized world,” she says. “It’s more about trying to reduce exposures overall.”

To learn more, see the infographic below: 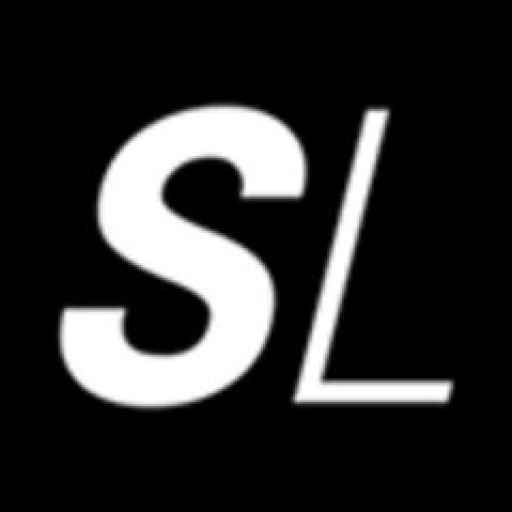 Deborah Balthazar is a science writer based in the New York Area. She’s a New Jersey native and has previously worked as a local government reporter for TAPinto.net.

Daniel Leonard has previously written for The Harvard Crimson, freelanced for Grunge.com, and started a small YouTube channel called The Young Futurist. Daniel loves studying the intersection between technology and society in the human past, present, and future.

Tatum McConnell is thrilled to launch a career telling Earth’s stories and has a particular interest in wildlife and conservation. When she’s not writing you can find Tatum running, enjoying a good book, or attempting to befriend Morningside Park’s feral cats.

Most to-go Containers are recyclable #5 plastic. What can we expect to leach out of that?