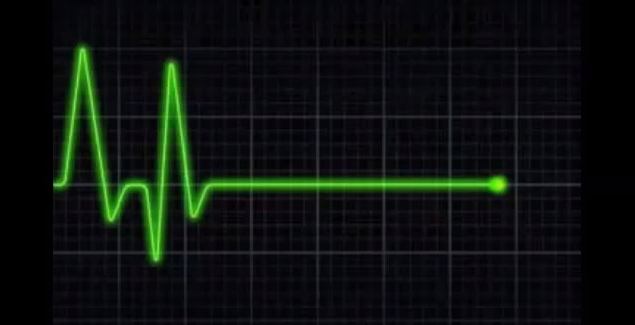 It’ll happen to all of us: the heart will stop and the electrocardiogram machine measuring our heartbeat will flat line. This monotonous display means death… or so we think.

On Oct. 9, three prominent physicians specializing in resuscitation medicine offered another thought to a crowd of more than 300 people at a panel on reversing death at the New York Academy of Sciences. Death is actually a process, they said, with the ability to be interrupted and reversed – even after the heart stops beating.

“People consider death a moment,” said Dr. Sam Parnia, director of resuscitation research at Stony Brook University Hospital on Long Island. “There’s this idea that it’s absolutely fixed. But really, it’s only after the person has ‘died’ that the cells begin to die. It’s a process.”

Trying to define this progression as a specific instance is unreasonable, agreed Dr. Lance Becker, who heads the Center for Resuscitation Science at the University of Pennsylvania. “We have a problem with the way we are defining death.”

Their idea rests on new procedures such as full-body cooling and oxygenating blood through a machine outside the body, that have slowly been implemented over the past 10 years. Around the world, these advances in modern medicine are giving people– who previously would have been pronounced dead – a second chance at life. “When you’re heart stops beating, in a way that’s when the fun begins,” said Dr. Stephan Mayer, the director of the Neurological Intensive Care Unit at Columbia University Medical Center.

Once a patient is brought to the hospital, a machine, rather than a human, can provide chest compressions with better quality and quantity than a person is able to administer. The body can be cooled, using therapeutic hypothermia, to slow down cell metabolic activity and reduce the amount of required oxygen. A patient can also be hooked up to an extracorporeal membrane oxygenation machine, commonly referred to as ECMO, which helps to restore proper blood flow and respiration.

Conventional resuscitation techniques such as CPR and defibrillation paddles are not outdated, but they are now just the beginning, the doctors agreed. The new resuscitation techniques demonstrate that a stopped heart is only the first step in the progression of death. Cells in other organs take hours to die. Understanding the cessation of biological activity – the end of cells working to keep us alive – as a gradual process is the key to effectively implementing these practices, the physicians said.

The next step for these cutting-edge resuscitation techniques is nationwide standardization. Countries such as Japan are already far ahead of the U.S. in mandating these strategies, Parnia said. “The knowledge is out there but it’s not being implemented. Less than 10 percent of people who are eligible for cooling actually receive it,” he said, adding that a majority of doctors stop resuscitation measures less than 20 minutes after they begin. “This arbitrary decision is a permanent death sentence.” Standardization of care will give us more than just “this potluck chance” at survival, Parnia said.

But Becker noted that even with the best care, the outcomes of resuscitation techniques are still unpredictable. “How long can you be pulseless and be brought back? The jury is still out. It’s a frighteningly variable process.” Around 40 minutes should be given for “a good aggressive attempt” at resuscitation, said Becker. Considering what we now know about the gradual cessation of biological activity, stopping earlier than that isn’t giving our best effort, all three panel members agreed.

While there is plenty of evidence that these new techniques work, the reasons why are still not completely understood. The field is new, and the panelists predicted that the next 10 years hold a dramatic shift in how we treat and save patients who’ve undergone cardiac arrest – all thanks to the growing realization that death is not simply a flat line.

Okay, so this has a very Orwell 1984 feel to it – or, better Philip K. Dick. I’m assuming that aging – dying of old age and the body, peacefully gives out – is still in play here? And I’m assuming that these techniques are used for people who “die” prematurely – early heart attack, an accident, perhaps, children, etc, right?

When did death become such a terrible thing? Life is terminal, let’s face it. And every day, and every conference and every new piece of equipment brings far more questions than answers. “This is when the fun starts!” Really? Since when did we become God and decide who lives and who dies? I guess when we decoded our DNA and started creating bits and pices in petri dishes.
Well, at least I know that for myself, I will accept death whenever it comes, and I do not want people chossing to spend millions of dollars on “new” resuscitation ideas and strategies for me – please fees the poor and give the homeless a safe place to sleep!