The fall of the five-second rule 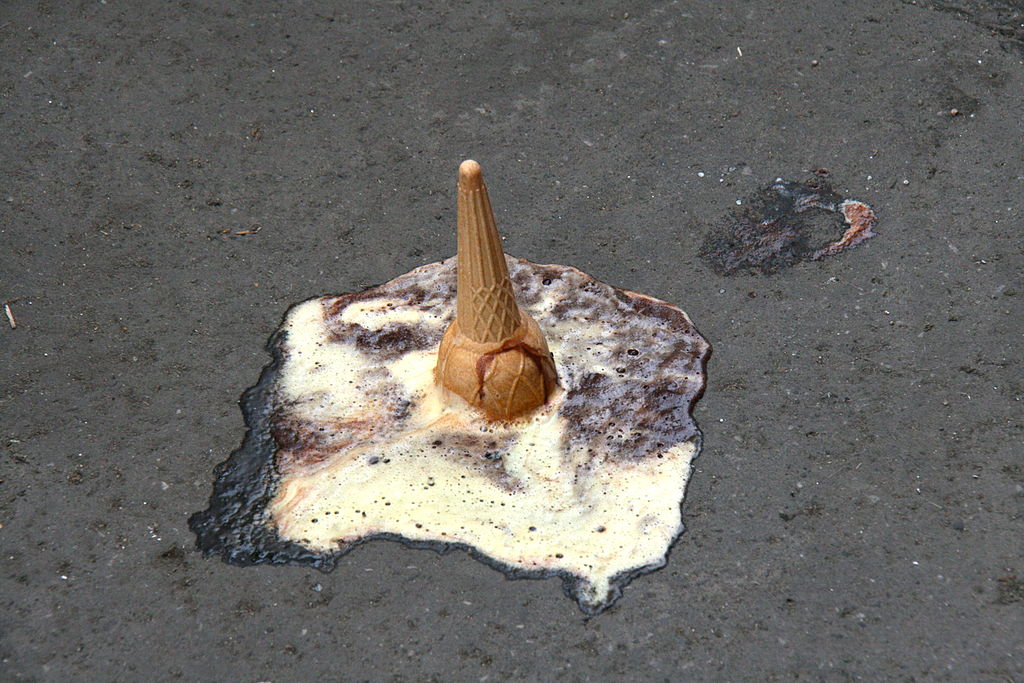 Easygoing attitudes toward food germs might need to be tightened up. [Image credit: Tamorian | CC BY 3.0]

“The Food Lab” brings science into the home kitchen

The “less-than-a-second rule” doesn’t roll off the tongue the way the “five-second rule” does. But it turns out to be a more accurate way of explaining what really happens when you drop food on the floor.

The old thinking is that you can safely eat food you’ve dropped as long as you pick it up within five seconds, because that’s not enough time for bacteria on the ground to colonize it. No one knows who came up with the five-second rule but many people seem to believe it, so researchers at Rutgers University decided to test whether it was backed by solid science. The team’s results, published in September in the journal Applied and Environmental Microbiology, drives a spike through the old five-second rule.

Food scientist Donald Schaffner and his team investigated a variety of food-dropping scenarios. They tested four foods: bread, bread with butter, watermelon and gummies. They grew Enterobacter aerogenes, a disease-causing bacteria, and spread it on stainless steel, tile, wood or carpet. Then the researchers exposed food to the bacteria-laden material for less than one second, five seconds, 30 seconds or 300 seconds.

Testing all the combinations of factors demonstrated that bacterial contamination does worsen with time, but most of the organisms make the jump before the five-second window closes. Ninety-seven percent of the bacteria on tile had already transferred onto a piece of watermelon at the five-second mark, and on stainless steel 90 percent of the bacteria had made the leap. Watermelon had the fastest transfer time but other foods followed close behind.

“The five-second rule is a significant oversimplification of what actually happens when bacteria transfer from a surface to food. Bacteria can contaminate instantaneously,” Schaffner says in a press release.

Another big takeaway from the study is that the type of food and the material it falls on play a crucial role in determining how much bacteria will resettle. Watermelon amassed the most bacteria, while gummies collected the least.

The key factor is moisture. The wetter the surface, the quicker the bacteria jump ship, according to Schaffner. “Bacteria don’t have legs, they move with the moisture, and the wetter the food, the higher the risk of transfer,” he says.

We often think of carpet as hiding all sorts of filth, but Schaffner’s team found out it was the safest place to drop food because it was drier than stainless steel, tile or wood.

For those of us with a more carefree attitude toward germs (maybe verging on pizza-rat style determination), it might be time to rethink our strategy. I grew up in a five-second rule friendly household, and I’ll admit to having eaten items that touched the counter or ground. But thanks to these meticulous tests, next time I’ll definitely think twice.

Awesome! I love it!I love it I am gonna bookmark this page, thanks for sharing. I actually appreciate your own page and I will be sure to come back here. This is a really good post.

Silliest concept I’ve heard of! It’s not time (in seconds), but what it is and what it lands on. Yes, moisture plays a role, since it relates to stickiness of surfaces. If your juicy pizza lands on sand or mud, expect that sand or mud (with accompanying “germs”) will immediately get on your pizza (and vice versa). Bacterial doubling time under optimal conditons (ideal temperature, nutrients, moisture, etc.) is no faster than about 20 minutes. Viruses won’t grow at all. Food sanitation inspectors use the “3 or 4 hour rule”—food that promotes bacterial growth shouldn’t be left out at unsafe temperatures (above 45 degrees F and below 140 degrees F) for more than 3 or 4 hours in total. In reality, this is has a wide safety margin, but who wants to take chances on food poisoning? Food dropped on the floor (and wiped reasonably clean of debris) is not really a health hazard, but its reuse is highly discouraged for aesthetic reasons. (lf they reuse dropped food, what other shortcuts are they
taking?) For a pill dropped on your bathroom floor, take your time, wipe it off, and go on your merry way.