Try not to lose sleep over dark energy, okay?

Or, the story of how Einstein was right even when he was wrong 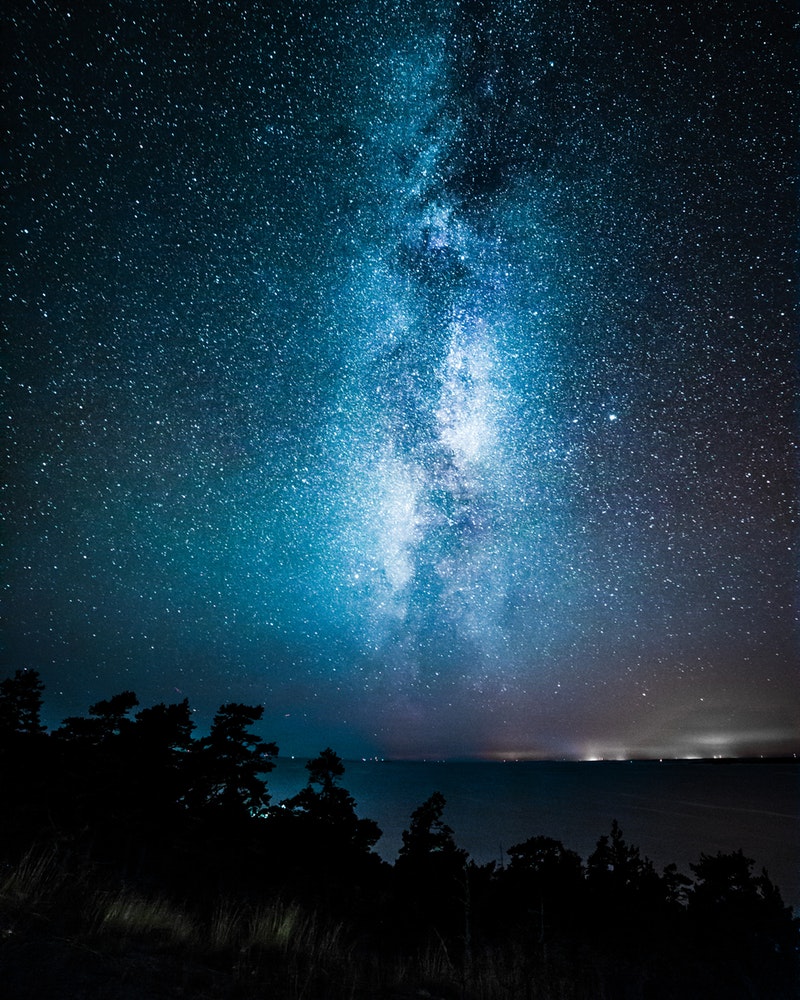 What we see is only a tiny portion of what is. (Credit: Taneli Lahtinen  | Unsplash)

Living in the Dark

It’s not dark energy’s fault that you’re up at 2 a.m. binging on Netflix — unless you’re an astrophysicist, in which case your insomnia is fully justifiable.

Strictly hypothetical stuff that might — or might not — make up most of the universe, dark energy continues to disturb the sleep of some of the greatest minds in theoretical physics.

“I don’t think I can really grasp very well the nature of dark energy because […]  it acts nothing like what we observe in nature,” says Marjorie Schillo, a physics and astronomy researcher at Uppsala University in Sweden.  “When we study it we have to build a new intuition that is coming from mathematics more than from everyday experience.”

Physicists have long known that there is much more to the world than meets the eye: The visible world makes up about 5 percent of the universe. Trees, airplanes, our planet, a hundred billion stars in the galaxy? Still just 5 percent.

Another 25 percent is aptly called dark matter because it doesn’t interact with light and thus remains invisible to the eye. Scientists can only infer its existence based on the way dark matter interacts with gravitational energy.

“There are 100 billion stars in our galaxy. And all of that is less than 5 percent of what exists. Everything else by far is utterly dark,” says Pedro G. Ferreira, an astrophysicist at Oxford University, who was among a group of experts plumbing the mysteries of dark energy at a Nov. 27 panel discussion at Pioneer Works, a Brooklyn-based science and arts nonprofit.

But what about the other 70 percent of the universe? It’s filled with dark energy. The name is really just a proxy for something that we know nothing about.

Albert Einstein provided the simplest explanation of dark energy, which he called the cosmological constant. But he did so inadvertently. Convinced that the universe is static, Einstein faced a problem: if gravity was pushing matter together, everything would eventually collapse unless there was another force pushing out to counteract gravity. Einstein developed the cosmological constant to explain that other force.

But Einstein was wrong: In 1929 astronomer Edward Hubble presented evidence of the universe’s expansion. Legend has it Einstein referred to the cosmological constant as his “biggest blunder.”

In 1998, the Hubble Telescope captured images of a distant supernova that became another revelation: The universe was not just expanding, but also doing so at an accelerating rate. And in this continuously expanding universe, modern physicists chose Einstein’s cosmological constant to represent the acceleration. So, really, Einstein had a way of being right even when he was wrong.

“Einstein originally introduced [the cosmological constant] in the way that would stop the apparent expansion of the universe, although now that it’s come back we introduce it for a different reason than Einstein did,” says Schillo. “He introduced it to exactly cancel the gravitational attraction. Now we want to do more than cancel it — we want to expand.”

A useful way to think about an expanding universe is a balloon analogy, says Janna Levin, a Columbia University cosmologist and the event’s moderator. If you place ink dots on a pink balloon and begin inflating it, the pink spaces will expand rapidly, moving the dots further and further away from each other.

“Wherever the universe expands you get more dark energy,” adds her Columbia colleague Rachel A. Rosen.  “Ordinary types of matter will dilute as you expand — if you start out with some dust [and add more space to it], it will dilute. Dark energy is not like that. It’s like an ocean, the universe is expanding and the ocean is getting larger.” In essence, dark energy fills up the expanding space of the universe.

You might be wondering why the expanding universe isn’t ripping us apart. Why aren’t we like those inflating balloons? Because gravitational pull is stronger between objects in close proximity, such as a human and the ground. As objects move farther away from each other the gravitational force is lessened, but the cosmological constant remains the same, and it eventually takes over.

At some point, other galaxies will be so far away from us that we won’t be able to detect them anymore. And what about us? Will our universe be ripped apart when the cosmological constant overwhelms gravity?

It could happen. Alternatively, the stars will burn up, die and be pulled into themselves by gravity, reflects Ferreira.

But don’t be alarmed — both doomsday scenarios are purely theoretical and an incomprehensible number of years away.

“It’s a number so long that we don’t have a number for it yet,” says Levin, speaking with a reassurance that gives us reason to rest easy — unless we’re trying to figure out what dark energy is.