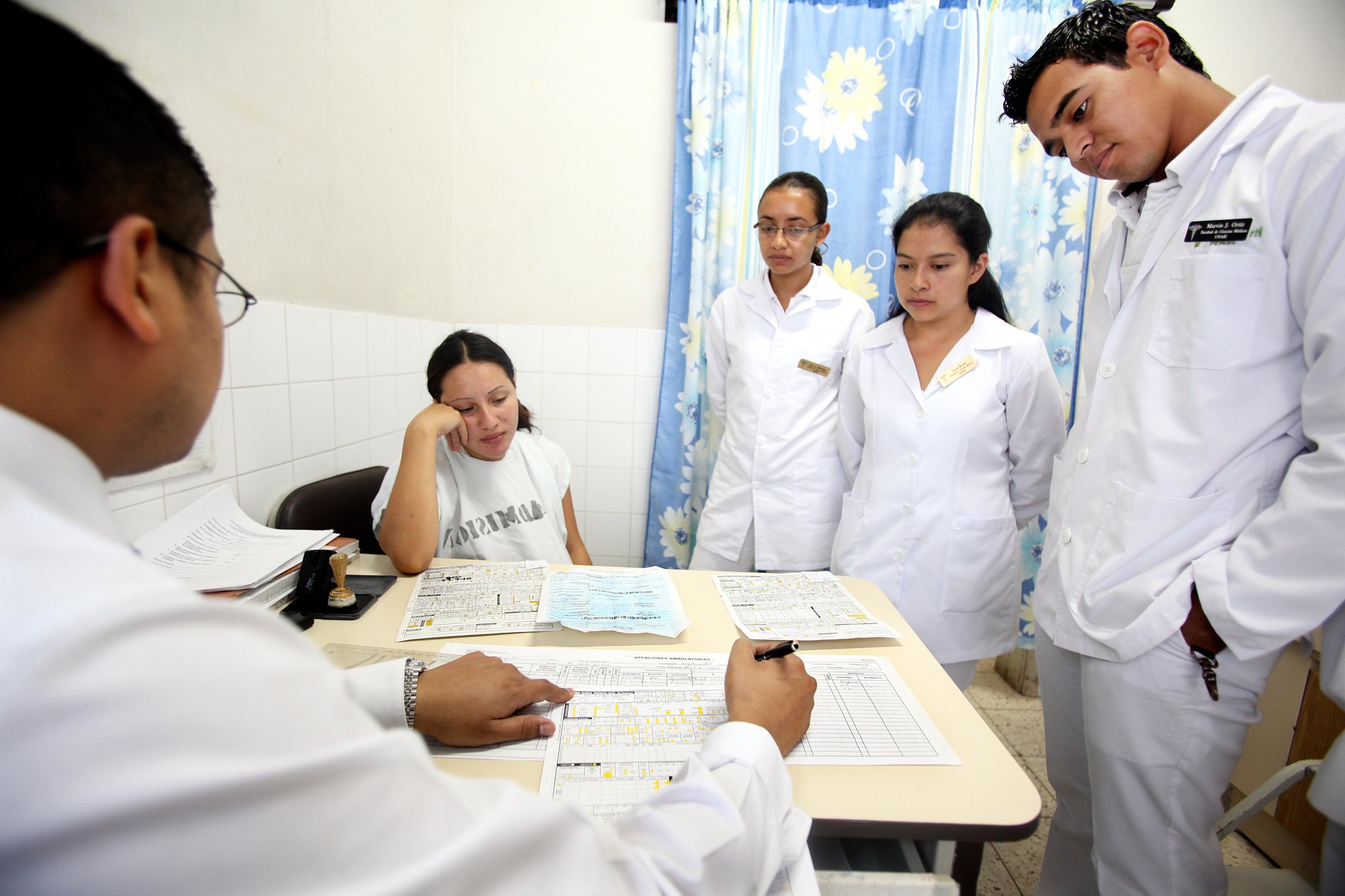 While out for a routine jog, Rick collapsed and was rushed to the hospital. He had an undiagnosed genetic heart disease and needed a transplant as soon as possible. He would not receive one for five, long, suspenseful years.

Rick was fortunate — he survived his time on the waiting list — but so many others do not. The United States is facing an organ shortage. According to U.S. Government Information on Organ Donation and Transplantation, an average of 20 people die each day waiting for a transplant, and yet another person is added to the wait list every 10 minutes.

While no one is denying the multifaceted nature of the issue, researchers and clinicians alike point to one obvious weak link: organ procurement organizations. OPOs are the first agents to act when an organ becomes available. They are responsible for encouraging donation by talking to individuals and the families of the recently deceased, and carrying out the surgical procedures for procurement in all eligible cases.

Today, Rick’s son, Greg Segal, is the founder of a non-profit, ORGANIZE, focused on reforming the organ donation system. He sees OPOs and their underperformance as a bottleneck that limits organ availability. “The solution is holding OPOs accountable,” Segal says. Right now, “there’s no pressure on OPOs to figure out how to improve their performance. OPOs are evaluated entirely on self-interpreted and self-reported data, there’s gross under-performance across the OPO industry and huge variability in performance.”

OPOs are resistant to the levels of scrutiny placed on other parts of the organ donation system, like transplant centers and hospitals, says Brianna Doby, an OPO community consultant for Johns Hopkins University. She believes this opacity undoubtedly hinders improvement and change. “There are so many OPOs who claim that they’re doing perfect work,” Doby says, but when you assess wait lists and death rates, that is clearly not the case.

There is currently huge variability in OPO performance and very few consequences for underperformance. According to a report by the Bridgespan Group, a non-profit consulting organization based in Boston, “there are approximately 28,000 additional available organs each year from deceased donors that are not procured or transplanted due to breakdowns of the current system.” The report says that this could equate to about 25,000 additional lives that could be saved yearly.

“Nobody is currently incentivized to optimize organ donations,” says Dorry Segev, a professor of surgery at Johns Hopkins, in an email. OPOs are evaluated by the United Network of Organ Sharing via two metrics: the number of organs they procure from a donor and organs procured per eligible death. These metrics, Segev writes, encourage subpar performance: “With the current regulatory metrics, OPOs may not be incentivized to recover organs from older, sicker, more complex potential donors.”

Segev suspects that some OPOs are prioritizing their organs-procured-per-donor rate, ignoring potential donors where only one organ can be procured, and preventing the possibility of using that one additional organ to save a life. Segev says such a case shows that reforming the metrics used to measure OPO “success” is key to reforming the organ donation system as a whole. Segev is sure that standardizing accountability across organ procurement organizations and eliminating negligent practices will result in tangible, visible, immediate change.

Raymond Lynch, an assistant professor of surgery at Emory University, calculated how many more donors and organs we could expect if lower performing organizations improved their rates of procurement. He found that if the bottom half of OPOs raised their procurement rates to match the average performers, and the top half of OPOs did not change in performance, we could expect 941 extra donors and 2,719 additional organs annually. This relatively conservative change could lead to so many more lives saved. Unfortunately, says Lynch, exact interventions to bring about this change will be hard to implement without complete transparency from OPOs.

Understanding each OPO’s methods and numbers, and standardizing the industry to transparent and objective measures, is crucial, says Lynch. “We need to understand each of the OPO’s processes, even if it does not paint a flattering picture, because only when we have transparency and understanding can we start to formulate appropriate interventions.” She adds that if OPOs did as good a job of improving their performance as they did defending it, we wouldn’t be in this situation.

The Association of Organ Procurement Organization declined to comment for this article, but their website states that “All OPOs are regulated by multiple government agencies and adhere to the highest medical and ethical standards.”

A researcher who requested their name be omitted from this article begs to differ. They say that “stating OPOs are highly regulated is inherently true and inherently meaningless;” since there is no centralized regulatory body, all current regulations are effectively “toothless.” “We’ve allowed ourselves to be told that organ procurement is so complicated that nobody outside the community could understand, let alone regulate it,” they say, “and this mysticism is somehow allowed to justify rampant deregulation.”

In spite of all this, Doby is optimistic that reformation will come. In July, the current administration released an executive order outlining intentions for increased regulations and transparency in OPOs and transplant centers. Nevertheless, she says, an executive order is just a first step — robust policy that standardizes OPO practice at the legislative level needs to be set in place.

Doby hopes that we reach a place where we can insist upon utilizing every organ for transplantation. Hopefully, we will soon see good, enforceable new regulations cross the finish line, she says, because that is what’s going to help patients the most.

I am grateful that Mr. Segal received his heart transplant through the generosity of a donor and the work of those of us in the donation field. That’s the kind of success story organ procurement organizations are working hard every day to help achieve. The article correctly states that there are still far too many people in need of life-saving transplants and that more needs to be done. The OPO where I work readily accepts this challenge, as do colleagues across the nation.

However, the article omitted several crucial facts. These facts do not negate the need to do more – we must, and we will – but they provide a more accurate picture of the current situation:
Fact: For the seventh straight year, the United States set a new annual record for the number of lives saved through organ donation and transplantation.
Fact: A recent study (“Success of Opt-In Organ Donation Policy in the United States,” JAMA, 2019) showed that the United States has the second best organ donation system in the world, behind only Spain, and that many states exceed Spain’s performance.
Fact: The number of people on the organ transplant waiting list – although still too high – has been steadily dropping, due to the generosity of donors and the dedication of OPO staff and transplant hospitals.
Fact: The proposed rule for the new government performance metric estimates an additional 5,000 to 6,000 organ transplants a year can be achieved by 2026, a far cry from the notion that there are somehow 28,000 “missing” organs.
Fact: Organ procurement organizations have every incentive to save as many lives as possible, despite the couched assertions of critics in this article.

OPOs work hard every single day to save as many lives as possible and to honor the generosity of donors and their families. We welcome transparency, we welcome standardized performance metrics and we welcome innovation that can save and improve even more lives.

Thank you for your excellent article on broken OBOs. I am, like you, a nomad living outside the United States with presently no plans to return. What international organization do you know of that would allow me to register my organs for donation anywhere in the world?