Spurred by global warming and development, saltwater intrusion is a growing threat to coastal agriculture 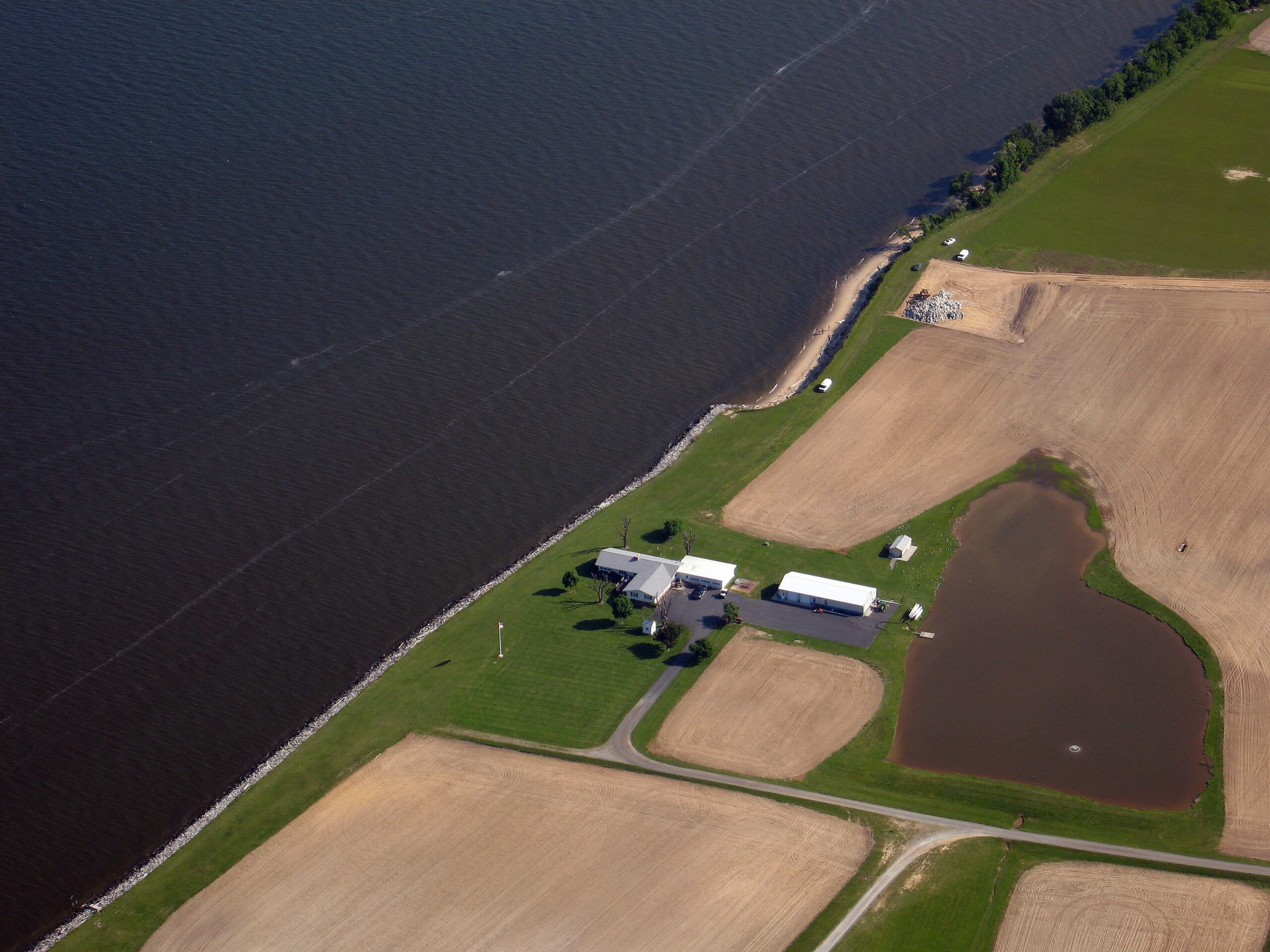 When Anna McClung, a rice researcher at the U.S. Department of Agriculture (USDA), first advised Glenn Roberts to move his farms along the Carolina coast inland, Roberts took it as a casual suggestion and did nothing. That was in 2012, and within two years, saltwater was seeping into his fields. Today, much of his land has been contaminated by saltwater, turning many acres unfarmable.

“I got beat back so hard,” recalls Roberts, who operates hundreds of acres of rice fields across the country, from Texas to Maine. “The bottom line is if it is on the coast, it’s salted.”

Farmers along coasts all over the world are suffering similarly. Saltwater intrusion — a worldwide phenomenon in which seawater infiltrates freshwater sources such as groundwater, rivers and aquifers — is increasingly jeopardizing coastal farms from the Mekong Delta in Vietnam to Monterey Bay in California. Since most crops are not salt-tolerant, saltwater in the soil has become a major threat to food production.

In southern Bangladesh, for instance, saltwater intrusion caused by a 2009 cyclone has wiped out almost all rice production in the Shyamnagar region. For just four villages surveyed by the United Nations in the region, this amounted to a $1.9 million loss.

“If those places are no longer producing rice, where are other households in Bangladesh going to get their staples from?” asks Valerie Mueller, an economist at Arizona State University who studies the economic impacts of saltwater intrusion in Bangladesh. “You can’t just think about the local impacts; you have to think about the spillover effects to the broader economy,” Mueller notes.

There are many causes of saltwater intrusion, and many of them are related to human action. In healthy coastal ecosystems, freshwater above or below ground moves toward the sea, pushing saltwater away from the soil. But as people pump more groundwater to supply growing populations and ease increased droughts, a vacuum opens up between the grains of soil where freshwater once was, and saltwater pushes inland to fill that void. The effects of climate change — droughts, sea level rise and storms — are also spurring saltwater intrusion.

The scope of saltwater intrusion is hard to assess because it is so tricky to map and predict. That’s why some people call global saltwater intrusion the “invisible flood,” says Kate Tully, an agroecologist at the University of Maryland. As seawater creeps in below ground, farmers don’t realize their fields have been contaminated until it’s too late and nothing grows, she says.

In Somerset County, Md., where Tully studies saltwater intrusion, 1,400 acres (roughly 2%) of farmland were lost to the phenomenon from 2009 to 2017. The surrounding Chesapeake Bay region is especially vulnerable because sea levels there are rising by about a hundredth of an inch (3.4 millimeters) per year — double the average global speed, according to the U.S. Geological Survey. But it’s not just certain bays. For around 9,000 miles of the contiguous United States, groundwater levels are below sea level, making the land more vulnerable to saltwater intrusion.

Once saltwater has found its way into cropland, the land can take years to recover on its own. To cope with the problem, some coastal farmers have switched from standard crops like corn and soybeans to more salt-resistant ones like sorghum and barley. Other farmers have begun collaborating with scientists in hopes of developing new varieties of salt-tolerant crops. “It is a constant warfare,” says McClung of the USDA, who directs the agency’s Dale Bumpers National Rice Research Center in Stuttgart, Arkansas. As climate change picks up steam, McClung and her team are working with farmers to breed rice varieties that are more resilient to environmental stresses, including saltwater.

In greenhouse experiments, McClung has screened more than 150 global rice varieties, narrowing them down to around 10 promising candidates. Now those potential rice varieties are being tested in the field at Clemson University in South Carolina to see if they hold up against real-world conditions.

Even if they can plant salt-tolerant crops, though, farmers still have to adjust to new and more expensive methods of cultivation. For fields that are increasingly flooded by seawater, growers have to buy new equipment to operate on the soggy ground and must repair or replace that same equipment much more frequently because salt is so corrosive. They also have to find alternative freshwater sources to irrigate the crops. All those steps erode coastal farmers’ profits as surely as saltwater corrodes the metal on a tractor, and the struggles eventually lead some farmers to abandon their land.

During a speech Roberts, the East Coast farmer, delivered at an agricultural event at the University of Colorado last year, he joked that soon even the mountainous, landlocked state might become number one in the United States for growing rice. “With the speed of saltwater intrusion, we will need Colorado to produce rice for us soon,” he said.

The audience laughed. But it’s worth remembering that there’s often an ounce of truth even in the most improbable jokes.